Home
Products
About Us
Factory Tour
Quality Control
Contact Us

The machine uses mechanical-double-arm mould clamping which ensure the mould be closed tightly even in high pressure.

The air system has been divided into two parts: Pneumatic action part and bottle blowing part .

The machine is also equipped with a silencer and an oiling pump to reduce noise and friction.

The machine can be operated in the step-by-step mode and the semi-auto mode.

The machine is small with low cost, easy and safe to operate. And it meets the need of beverage manufacturer, polyester bottle producer in city and countryside and is ideal bottle blowing equipment for water bottle.

2. The sealing stretching is controlled respectively by two left/right cylinders independently, conducting left and right stretching and sealing. It is also controlled by two solenoid valves of two position and five routes. They can adjust the air blowing retention time of the two cylinders respectively.

3. The air source comes from the second level filter first, and then goes to two big size two-position-three-routes solenoid valves to blow high-pressure air to make bottles from perform .

4.The operation screen is installed with microcomputer controller. It has LCD displaying function, manual or automatic functions switches. They control the time of opening and closing of mould, sealing stretching and blowing. Easy and convenient to operate. 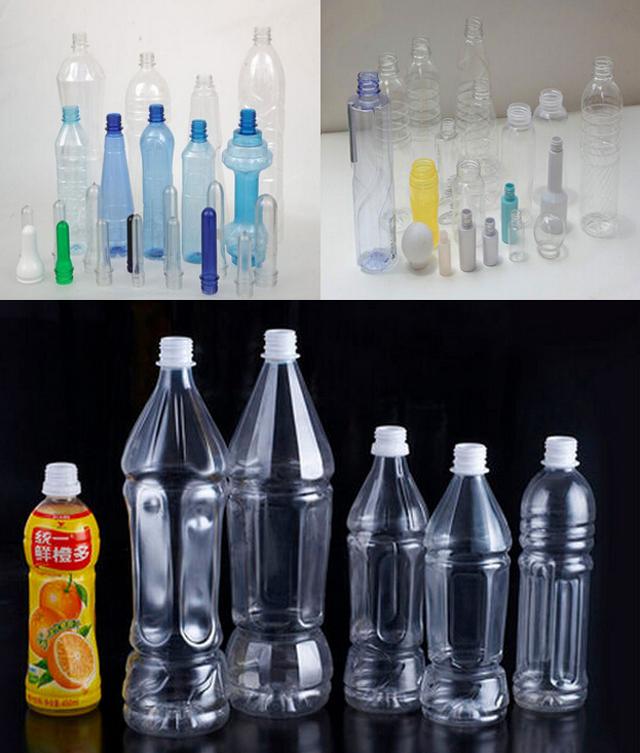